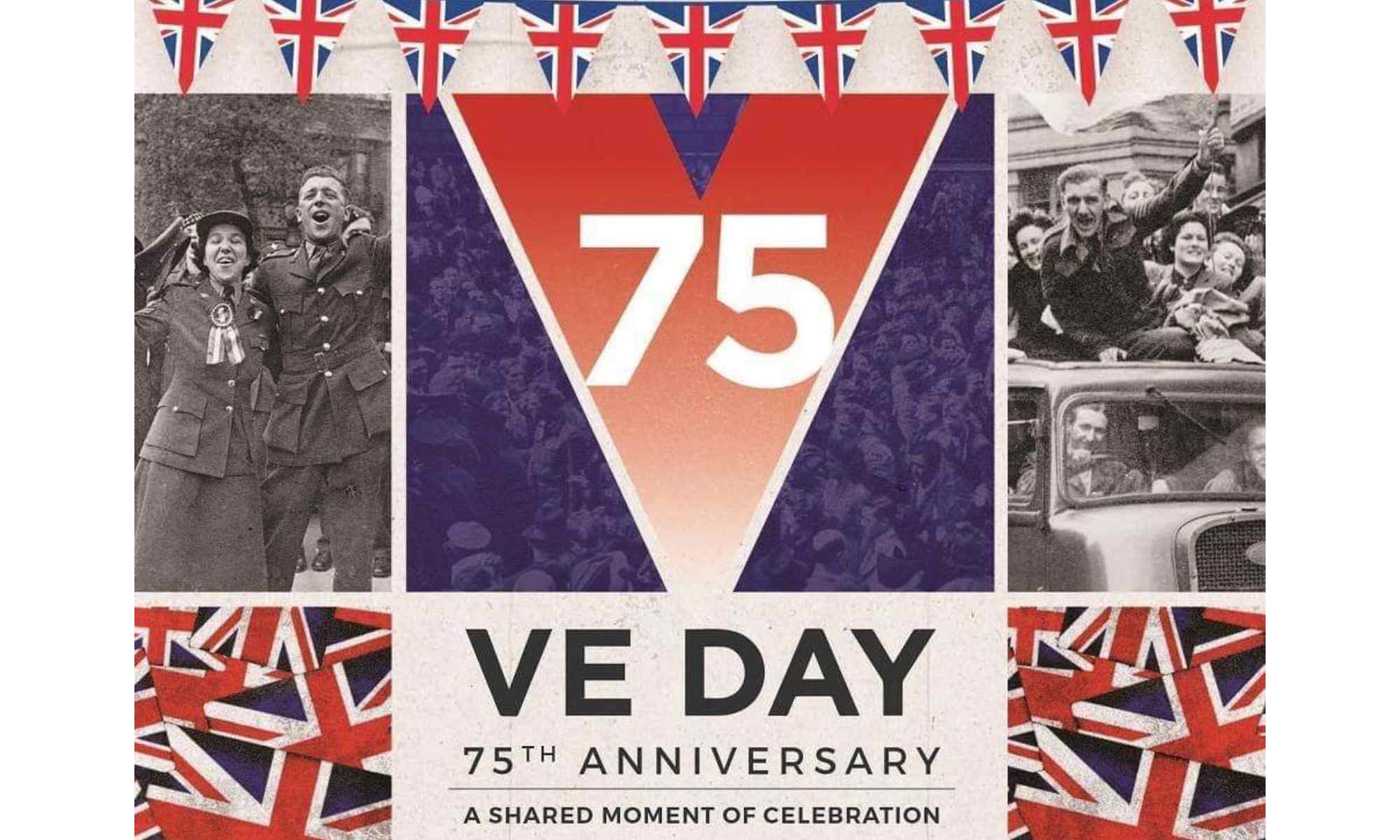 Its Victory in Europe (VE) Day today. It marks the end of the fighting in Europe during WW2. Being the 75th anniversary of VE day it is a National Holiday here in the United Kingdom.

Unfortunately, lots of celebrations have been limited or cancelled because we are still in Lockdown, due to the Coronavirus. There will be no street parties, parades or public gatherings this year.

However, that won’t stop people celebrating…

Households across the UK will be celebrating with 1940’s style tea parties, participating in the two-minutes silence and watching a re broadcast of Winston Churchill’s victory speech, announcing the end to the fighting against Nazi Germany, in Europe, during WW2.

There are many things we can do to mark the occasion. I will be getting our Union Jack bunting out and having ourselves a tea party later. Plus, I may subject the children to a War movie.

The UK news has covered VE Day a lot over the past few days, showing photos of the spontaneous celebrations which broke out across the UK after the announcement from Winston Churchill in 1945.

What I notice from all these photographs is, where’s the booze?  All these photos show happy, relieved people. They are smiling, hugging and dancing in the streets, all inhibitions gone.

It is heart warming to see these photos and reminds me that alcohol is not required to have fun. They knew it back then. I wish more people knew it now.